Economist Armen Alchian, one of the more prominent price theorists of the second half of the twentieth century, did not publish very intensively during his long and fruitful life, but very few of his articles were unimportant.

Alchian was born in Fresno, California, into an Armenian family, on April 12, 1914. In his introduction to Alchian’s selected works (1977), economist Ronald Coase made reference to the discrimination that the Armenians of Fresno, and his colleague too, suffered in the first half of the past century. He wrote: “This discrimination, which does not now exist, was not the result, Armen Alchian believes, of any natural unfriendliness or unreasonableness on the part of the other inhabitants of Fresno but was due to the strangeness of the Armenians’ manners and customs, which, because they were unusual and not quickly altered, were not understood and tolerated initially.” Alchian would go to write a paper about discrimination and information based on his personal experience.

Alchian attended California State University, Fresno, for two years before transferring to Stanford University in 1934, where he earned both a B.A. (1936) and a Ph.D. in Economics (1944) with a dissertation on “The Effects of Changes in the General Wage Structure.” During the war, he served as a statistician with the Army Air Corps (1942-1946). He joined the Economic Department at the University of California at Los Angeles in 1946, where he spent the rest of his career, while he was affiliated with the Rand Corporation for many years. He published his first major article, “Uncertainty, Evolution and Economic Theory,” in 1950, and became a full professor in 1958.

Armen Alchian was known to his students and colleagues and others as the founder of the "UCLA tradition" in economics, which emphasizes that individual behavior is "rational" and that this has many unanticipated consequences. It recognizes that "rationality" is the outcome of evolution and learning, and emphasizes frictions such as uncertainty that act as brakes on the individual's ability to make decisions and coordinate with one another.

Alchian was also known as the author (with William Allen) of the first year undergraduate textbook Exchange and Production (original title, University Economics), which has appeared in numerous editions since 1964. This book, familiar to many generations of undergraduates and graduate students alike, is unique. It is much more literary and humorous than any other modern economics textbook that deals with complex issues for an undergraduate audience. Example: “Since the fiasco in the Garden of Eden, most of what we get is by sweat, strain, and anxiety.” It also welcomes controversy rather than shying away from it, in the process daring the reader to disagree.

Because of its literary quality and complexity, the textbook generally did not work with undergraduate or even M.B.A. classes. But its impact was out of all proportion to its sales. Many graduate students, particularly at UCLA, and at the University of Washington, where Alchian’s student Steven Cheung taught), learned their basic economics from this book. Some of the University of Washington students went on to write best-selling textbooks that made many of Alchian and Allen’s insights more understandable to an undergraduate audience. While Alchian played the role of selfish cynic in his class, some who studied under him had the feeling that he put so much care and work into his low-selling text—and into his students—because of his concern for humanity. His best known student is William F. Sharpe, who received the Nobel Memorial Prize in Economic Science in 1990 for his work on finance.

Alchian, a member of the Chicago school of economics, was the author of groundbreaking articles on information and uncertainty. He was a founder of the new institutional economics through his writings on property rights and transaction costs. His writings touched on issues of money, inflation, unemployment, and the theory of business investment. They were characterized by lucid exposition and a minimum of mathematic formalism.

Alchian was elected a Fellow of the American Academy of Arts and Sciences in 1978 and became a Distinguished Fellow of the American Economic Association in 1996. The Armen Alchian Chair in Economic Theory at UCLA was established in July 1997 with contributions from the UCLA Department of Economics, the Sarah Scaife Foundation and the Bradley Foundation.
Posted by Vartan Matiossian at 12:00 AM 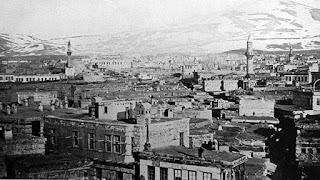 In 1915-1916 Western Armenia was mostly emptied of its native population, massacred and deported during the execution of the genocide planned by the Ottoman government. There was a moment during the war, when Armenians felt that the gigantic sacrifice of human lives had not been in vain. That moment came in February 1916 with the battle for Erzerum.

The Ottoman Empire had entered World War I in November 1914 on the side of the Central Powers (Germany and Austria-Hungary, later joined by Bulgaria), which considered it a valuable ally for two reasons: first, it could threaten British interests in the Middle East, and second, it could divert Russian troops from the front in Europe to the Caucasus.

The Turkish offensive in the winter of December 1914-January 1915 had ended with the disastrous battle of Sarikamish, where the Armenian volunteer units had also had a share in the victory of the Russian army. It became the pretext for disarming the Armenian soldiers in the Ottoman army and turning them into labor battalions, to be later massacred. The subsequent invasion of the Russian army in May 1915, when the Armenian Genocide had already started, was able to save the population of the city of Van, but the Russian troops retreated in July. The annihilation of the Armenian population disrupted the supplying of the Ottoman forces. However, the front remained quiet until the end of the year.

The end of the Gallipoli campaign and the retreat of the Allied forces from the surroundings of Constantinople would free up considerable Turkish soldiers. General Nikolai Yudenich, one of the most successful and distinguished Russian commanders of the war and commander of the Caucasus army, was aware of this and prepared to launch an offensive. His aim was to take the strategic fortress of Erzerum, followed by Trebizond. It would be a difficult campaign, since Erzerum was protected by a number of forts in the mountains and was considered the second best defended town in the Ottoman Empire. Its fortress was defended by 235 pieces of artillery and the fortifications covered the city on a 180 degree arc in two rings. There were eleven forts and batteries covering the central area.

It seems that after the disastrous end of the Turkish winter offensive of 1914-1915, the Ottoman High Command did not expect the Russians to make operations during winter. Ottoman High Command did not expect any Russian operations during winter. Mahmut Kamil Pasha, commander of the Third Army, was in Constantinople, and his chief of staff, Colonel Felix Guse, was in Germany. General Yudenich launched a major winter offensive. In the middle of January, there was heavy snow, which often came up to four feet.

The Russian plan was to break through a weak part of the line. The initial offensive managed to break through the XI Ottoman Corps, which suffered high losses after a four-day engagement from January 10-14. The Ottoman defensive formation was dissolved within one week, by January 23.

Mahmut Kamil returned from Istanbul on January 29. He could feel that the Russians would not only attack Erzerum, but also renew the offensive on the southern flank around Lake Van. Khnus, located further south, was taken on February 7 to prevent reinforcements from Mush from coming in. Turkish reserves were diverted from the northern front, but Russian forces captured Mush, seventy miles from Erzerum.

The attack on Erzerum started on February 11 from the south. Once the Russian forces broke through the Turkish lines to the south and began to attack other Turkish positions, the fall of the city seemed inevitable. In three days, the Russians managed to reach the heights overlooking the plain of Erzerum. The Turkish units began to retreat from the fortified zones at the front and also evacuate the city. On February 14 the Russians penetrated through both rings of Erzerum defenses and the remaining forts surrounding the city were evacuated the next day, avoiding encirclement. Russian Cossacks were among the first to enter the city in the early morning of February 16, 1916.

The Ottoman army lost a total of 17,000 soldiers during the campaign, including 5,000 prisoners. The Russians had 1,000 casualties, 4,000 wounded soldiers, and another 4,000 affected with frostbite.

The Russians gained the upper hand in the battle for control on the Caucasus front with the capture of Erzerum. This one victory, followed by the occupation of Trebizond in April 1916, enabled them to capture or control all the roads leading to Mesopotamia and Tabriz (Iran), and in essence, to control most of Western Armenia. The Russian victory allowed Armenian refugees and survivors from the Caucasus to return to their homes, and for the next year and a half, until the Bolshevik Revolution of November 1917, the liberation of Western Armenian from Ottoman yoke was a reality.

In the wake of the Bolshevik Revolution and the subsequent armistice between Russia and the Central Powers, Erzerum was returned to Turkish control. The transfer of power was made official under the terms of the Treaty of Brest-Litovsk in March 1918, when an Ottoman offensive on the Caucasus, against Eastern Armenia, was already on its way.
Posted by Vartan Matiossian at 12:00 AM 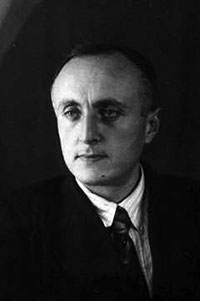 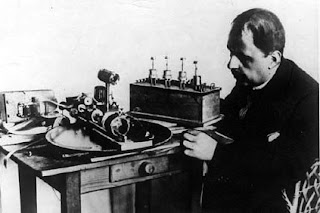 Posted by Vartan Matiossian at 12:00 AM