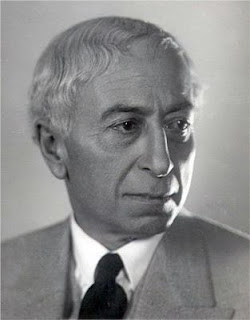 Makhokhian was born on May 31, 1869, in Trebizond (Trabzon). His father was a merchant who made sure that his six children had a good education. Makhokhian took an interest in drawing at the local Armenian school, and learned to paint when he continued his studies at the Sanasarian College in Erzerum (1882-1887), before returning to his hometown after five years of study. His artistic interests were not limited to painting, since he also learned to play violin and studied music theory.

His uncle persuaded Makhokhian to pursue an artistic career. At the age of twenty-two, he began studies at the Berlin Academy of Arts under the guidance of Eugen Bracht and Hans Gude. After graduating in 1894, he traveled to Crimea, where he met Aivazovsky and painted various sea scenes. He went back to Trebizond in 1895 and became a witness of the Hamidian massacres.

He fled to the port of Batum, in Georgia, and then to Europe. He held one of his first exhibitions in 1900 in Berlin. For the next two decades, he would be the subject of many articles in the European press. In 1904 he was accepted into the Berlin Artists' Association. He traveled to Egypt, where he had exhibitions in Alexandria and Cairo, then to Denmark, and finally settled in the island of Capri, in Italy, a place chosen as residence by well-known artists and intellectuals. Makhokhian returned to Germany in 1907 and participated in various exhibitions in Berlin, Düsseldorf, and Munich.

The painter returned once again to his hometown in 1908, after the Ottoman Constitution was restored. He continued working there for the next six years, and after the beginning of World War I, Makhokhian moved again to Europe and this time he settled in Nice, France, where he would remain until the end of his life. He composed the symphony “The Sobbing of Armenia” from 1915-1917, reacting to the loss of his family in Trebizonda during the genocide, which was first performed in Monte Carlo (1918). He participated in the Paris Salon in 1921, 1922, 1923, and 1927, and had solo exhibitions in Nice (1918, 1931, 1936), Marseilles (1923), Paris (1925), and Monte Carlo (1932). The painter was awarded the Legion of Honor in 1925 and became a French citizen two years later.

From 1927-1930 Makhokhian also participated in the collective exhibitions of the “Ani” Artistic Society in Paris, and thus became better known in Armenian circles.

After a long illness, the painter passed away in Nice on February 10, 1937, at the age of 67. His works are found in the National Gallery of Armenia, the Art Museum of Nice, the museum of the Mekhitarist Congregation in Venice, and other places, as well as in many private collections.